Google has officially released the 10th iteration of Android, officially named as Android 10, with a tag line”Just the way you want it”.

Google this time has dropped the naming convention it followed all these years for naming the android with a dessert. It said those names were not so familiar in many other countries like India, China etc. where it has large userbase.

We have seen Google making the android better in each of its iterations. This time is no different. After numerous apps exploiting the flexibility in accessing the user data, Google is now including more privacy settings which can be controlled by the user to the granular detail in every new flavour of Android.

Here are the top new things that Google has brought with its Android 10.

Android 10 enables you to have Live Captions with just one tap for the videos, audio messages, and even podcasts that are being played on the device. It has the capability to even caption the media content that you record. An important point to note is this feature doesn’t require internet connectivity.

We have had seen the Smart reply feature in Gmail for quite some time now. This feature now has made it’s the way to Android with some really smart features. Along with recommended replies, this also suggests the recommended actions. So, if your friend says let’s catch up at someplace, in the notifications Google will now recommend the directions to that place as an action.

As the name says, this is a utility that comes with Android 10 can help in optimising the sound the way you want. Be it making the audio loud, filtering the noise around you and also, you can fine-tune it as per your liking.

Try this feature in Non-Android 10 devices too, by installing the app below. 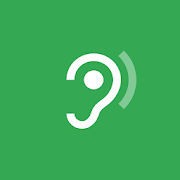 With the new gesture controls, you can navigate to recent apps, go back and to the home screen with simple swipes and pull. With this push, Google is trying to eliminate the on-screen keys and making a way for a full-screen immersive experience while using the phone and not just watching videos or reading.

Finally, the dark mode has made it’s way to Android natively. The dark mode is easy on your eyes and most importantly helps in saving the battery for longer use. With the native inclusion, now all of the Google Apps like Keep, Search, Photos, Calendar etc supports dark mode.

Android now supports the futuristic technologies like 5G, Flex and Fold devices. This enables you to get the future and innovative technology experience faster than ever.

Over the last few years, we have seen many security breaches through mobile devices. With Android 10 Google brings more stringent privacy controls, where it allows you to choose what data will be shared with the apps that are installed on the device. A new “Privacy” option under setting which allows you to access all privacy-related settings at one place. You could also control what data is stored like activities you do on web or app and for how long it has to be stored.

We now can opt-out of ad personalisation, that is mostly based on the app and web activity on the Android device.

Location sharing can be controlled – only when the app in use, all the time or never. With this, you can block the apps that use location information in the background.

Google with Oreo, tried to separate the security updates from the OS, to keep the devices running Android secure with Project Treble. Now it has even gone further to ensure the security updates are pushed to the phones much easier. This time, through the Play Store. Security updates will get installed just like an app gets updated. This ensures faster security patches to the Android, without having to update the whole Android. All the fixes will be available as soon as it is made available.

With this mode, Android lets you pause the apps that distract you. The feature which is still in beta allows you to select apps to pause temporarily. With just a tap, you can turn off the distracting app.

Android now helps you to find quality time according to your usage. Digital wellbeing is one of the most important things in our lives with an increase in the use of mobile devices. Good to see that even Google cares about users health.

There are many more other useful features that come with the app. Check them by downloading the Digital Wellbeing App: 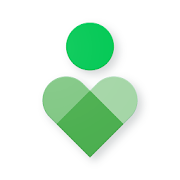 Android now lets you control what your kids do on the mobile device. The family link’s top features

Along with these, there are other important new features like:

What do you think about this Android Update? Share with us in the comments section below.

We will be happy to hear your thoughts