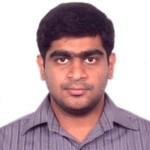 Stadia can be accessed through Google Chrome Browser and also, it is integrated into YouTube. One of the unique features is “State Share” where a Gamer can save the game and resume playing on any other device. This product from Google directly competes with Sony PlayStation Now and Microsoft xCloud(Not launched yet). Like the traditional gaming consoles, this does not require a user to download and install the game to play. Everything is in the cloud.

Stadia, the name is plural of stadium, emphasizes Google’s vision of becoming a single place for Gaming and Entertainment as this is built on YouTube’s game streaming service.

Along with Stadia, Google is also developing a proprietary HID Class USB controller with a direct Wi-Fi link, that can connect to a data center and is expected to be released in later 2019. Google says the capability of connecting directly to a data center will reduce input latency. Based on the GDC 2019 keynote, we now know that the Controller comes with Google Assistant built-in which can automatically search for relevant content on YouTube.

Google is planning to launch with two popular games Assassin’s Creed Odyssey and Doom Eternal in 2019. More games will be coming in the future.

Currently, during the trial few initial reviewers have reported issues of not getting a 4K stream on Wi-Fi or Ethernet though the bandwidth was enough to stream a 4K content and faced a little lag which can be ignored. There is a report of Audio compression is pretty much evident. Considering it is still in beta, the service provides a great experience and is expected to change the gaming industry. Also, by the time of release, we expect Google to fix all the reported issues.

However, a good internet connection will be required to use the Google Stadia service. When it comes to the launching of this service, countries which are still on low internet speeds may be excluded by Google. There is no official statement on low bandwidth gaming.

With the announcement of Stadia, Google is inviting game developers to develop games on their platform. Stadia supports gaming platforms such as Unreal Engine and Unity along with Custom Google Tools. Interested developers can visit Stadia Dev.